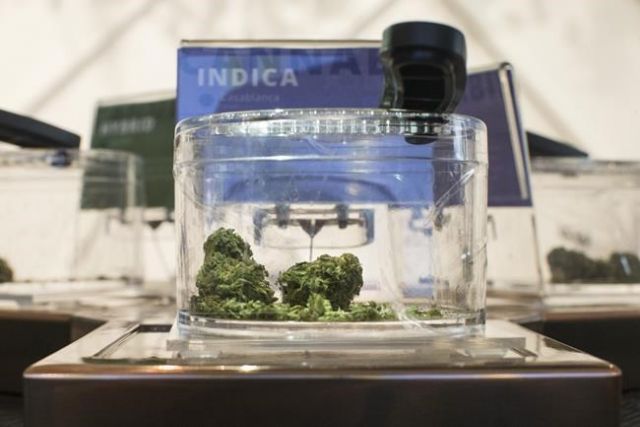 The average cost of a gram of cannabis fell 6.4 per cent in the third quarter as the legal price fell for the first time, but illicit weed continued to be significantly cheaper, according to an analysis by Statistics Canada using crowdsourced data.

The overall average price of cannabis fell to $7.37 per gram compared with $7.87 per gram in the second quarter, as both illegal and legal retailers cut their prices, the federal agency said Wednesday.

“This is the first decline in price for legal cannabis since legalization,” Statistics Canada said in a report.

The price of illicit cannabis has been falling steadily since the fourth quarter of 2018, when Canada legalized recreational pot on Oct. 17, but the cost of legal weed had been slowly rising until now.

During the third quarter, the average legal cannabis price dropped to $10.23 per gram, down 3.9 per cent from $10.65 per gram in the second quarter, Statistics Canada said. That compared with $10.21 per gram in the first quarter and $9.75 during the fourth quarter of last year.

Statistics Canada based these conclusions on price quotes gathered using its StatsCannabis crowdsourcing application between July 1 and Sept. 30, 125 of which were deemed plausible.

It urged caution when interpreting the data, as the quotes were self-submitted and the number of responses were limited and less than half as many as in prior quarters.