It’s been open for less than a year, but a new exercise clinic in Kelowna is already changing the lives of local residents. This is no ordinary gym however. In fact, LIVE WELL Exercise Clinic likes to describe itself as the “anti-gym,” a place where how you feel is more important than how you look and where people get a lot of support to achieve their goals.

LIVE WELL is a medical fitness clinic that’s built on the belief that exercise is medicine. Specializing in safe, supervised exercise and healthy-lifestyle coaching for people who have chronic health conditions or want to prevent them; it helps its members make sustainable changes to their lifestyle to live healthier and happier lives. 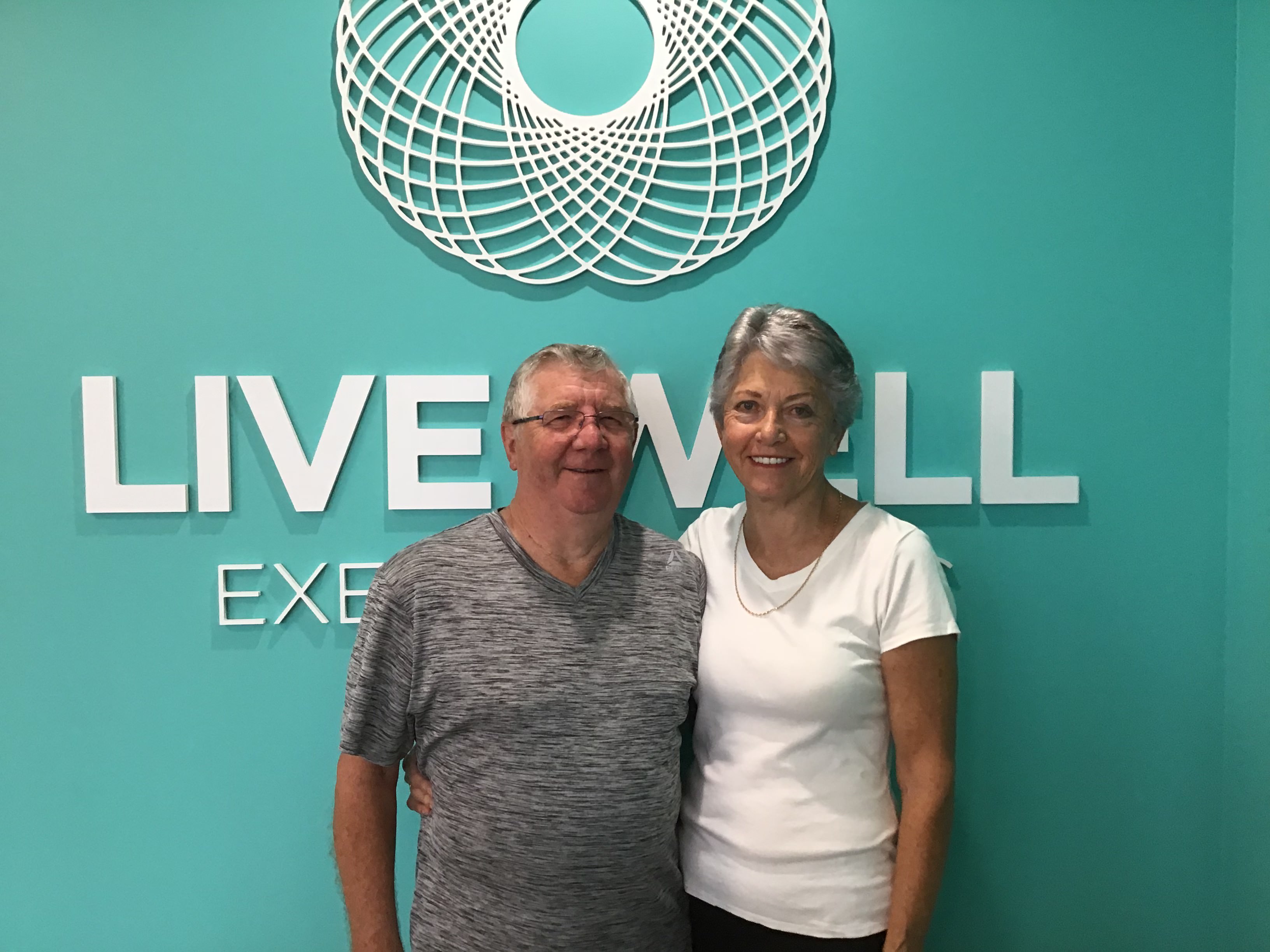 Jeff Shardelow and his wife, Hillary, are prime examples of two people who have benefited greatly from the specialized workouts that Kelowna LIVE WELL offers. Jeff says he and his wife were “a pair of wrecks in bad need of attention” and that he had an “allergy” to exercise.

Jeff said his body had all but seized up after back surgery and three hernia repairs. He had high blood pressure, severe migraine headaches and a blocked carotid artery, and was “allergic” to exercise. Hillary, meanwhile, has Type 1 diabetes, rheumatoid arthritis, and she was dealing with extreme fatigue after chemotherapy and radiation treatments.

Then they found Kelowna’s LIVE WELL Exercise Clinic, and, well, life is now better for both of them.

“As the sessions have gone by we have both benefited greatly from our decision to join LIVE WELL,” Jeff says. “Hil is motivated to get up and do physical activities around the house, working in the garden, cleaning the house, moving things around and always trying to meet her goal of exercising every day.

“My mobility has improved, blood pressure is well down and controlled, mood, energy and zest for life is vastly improved, and most of all I look forward to going to Live Well, totally cured of my exercise allergy.” 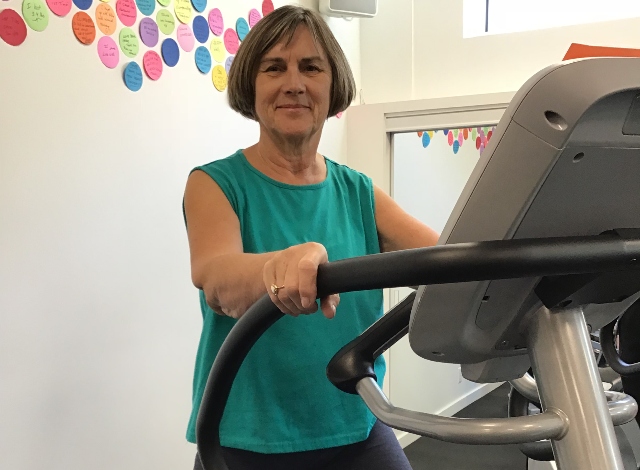 West Kelowna’s Diane Brayman had started putting on the pounds following her retirement six years ago, so she gave LIVE WELL a try and has lost 22 pounds in 11 months.

“I had had gym memberships a few times in the past, but I always sort of let them lapse. I’m not really a gym person,” says Brayman, who turned 70 last Thursday. “I always find it intimidating to go to a gym, where you have all these people working out and they seem like they’re fit and they know how to use the equipment. That’s not me.”

Brayman joined Kelowna’s LIVE WELL Exercise Clinic, and she has never missed a session. She is greeted by name every time she walks in the door, and her workout program is tailored to her. LIVE WELL also offers diet advice, but it’s not “over the top,” according to Brayman, and she never stops learning about the human body. 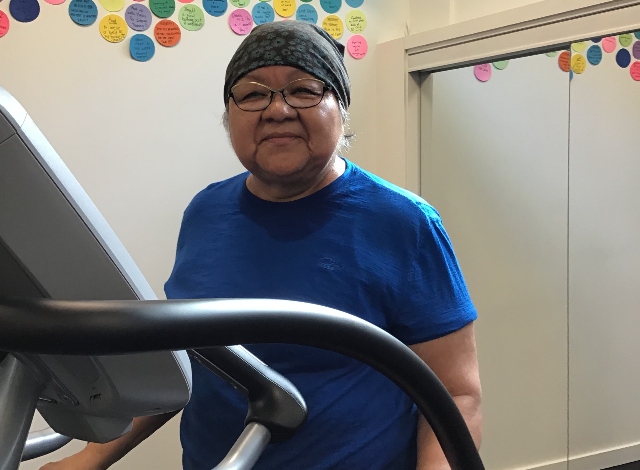 Genevive Derickson wanted to be able to keep up to her two grandchildren, aged two and four, since she will be 70 years old in December. She read a story about LIVE WELL a year ago, so she decided to give it a try. She joined in mid-March, and the results have been outstanding.

“I have more energy,” Derickson says. “The biggest thing was not to feel so tired all the time. It gives me something to look forward to as well. I know it’s two hours a week, but it’s still very fulfilling for me, very satisfying.”

Derickson says the LIVE WELL staff is “very personable and very knowledgeable,” and they will even recommend a client seek medical attention if they detect an irregularity. No two exercise programs are alike, and there are always two kinesiologists monitoring a group of no more than 12 clients during each session.

She also loves the camaraderie that flourishes among LIVE WELL members as well as the fact that no one judges anyone else. No one is there to show off like they would at a gym. They are there to get healthier.

If you are trying to lose weight, reduce your cholesterol, decrease your blood pressure or just want to get healthier, LIVE WELL Exercise Clinic can help.

With clinics throughout BC, including in Kelowna, LIVE WELL’s evidence-based programs are ideal for those with chronic health conditions such as heart disease, diabetes, hypertension and obesity and for anyone who wants to improve their general wellness.

More information about LIVE WELL’s exercise and health-coaching programs can be found here.