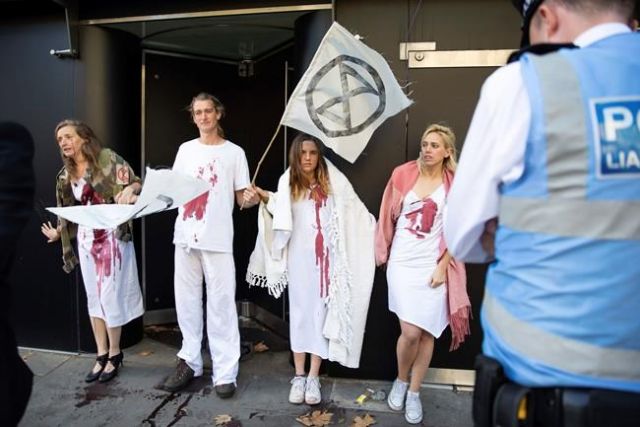 LONDON — British fashion officials are warning about the perils of a “no-deal” Brexit as London Fashion Week begins.

At an opening event Friday, Stephanie Phair, chairwoman of the British Fashion Council, said the industry is urging Britain’s government to find a Brexit deal rather than leave the European Union without new arrangements in place.

She spoke at the start of a five-day fashion fest that will feature big names like Burberry, Christopher Kane and Victoria Beckham. Other shows will showcase up-and-coming designers as London builds on its reputation for innovative street fashion.

One of the main events will be a Fashion for Relief show organized by model Naomi Campbell.

As London Fashion Week began Friday, Extinction Rebellion climate protesters glued themselves to an entrance to the extravaganza.

The group said five of its activists covered themselves in fake blood and staged a “die-in” to protest fashion’s contribution to the “climate and ecological crisis.” The group says it plans protests throughout London Fashion week.

London Fashion Week officials declined to comment on the protest.