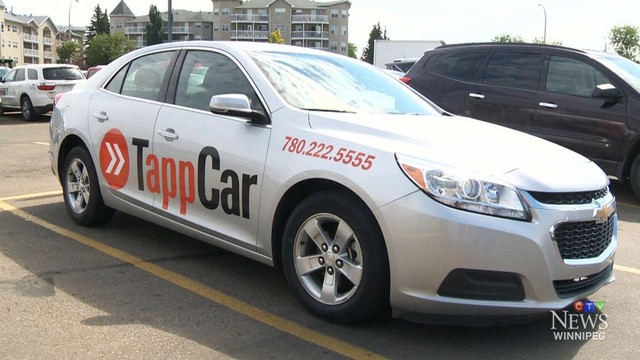 An Alberta company is the first to formally apply to provide ride-hailing in B.C.

TappCar, the third largest ride-share company in Canada, announced Tuesday it has made a formal application for a passenger transportation licence.

“We worked with regulators to complete this exhaustive process. We will be ready to launch as soon as it is approved,” company spokesman Pascal Ryffel said.

The company says it is actively recruiting drivers and says potential passengers can download the app on all iPhone and Android devices.

TappCar, which currently operates in Edmonton, Winnipeg and Grande Prairie, Alta., says it does have concerns about congestion in the marketplace due to the lack of a cap on ride-hailing licences.

“There needs to be a balance, and we’re happy to see that the government of British Columbia understands that,” Ryffel said.

“We’ve seen this play out in other jurisdictions, and time and time again it results in massive congestion on the roads that grind the economy to a halt. We’re happy to see British Columbia take a proactive approach to this issue with evidence-based, data-driven decision-making, and expect a cap will be in place before the new year.”

Uber has indicated it will be applying for a licence to operate in the Vancouver area only. It says making Class 4 licenses mandatory for ride-hailing drivers will make it difficult to operate in smaller markets across the province.

TappCar has not indicated if it intends to try and operate province-wide.