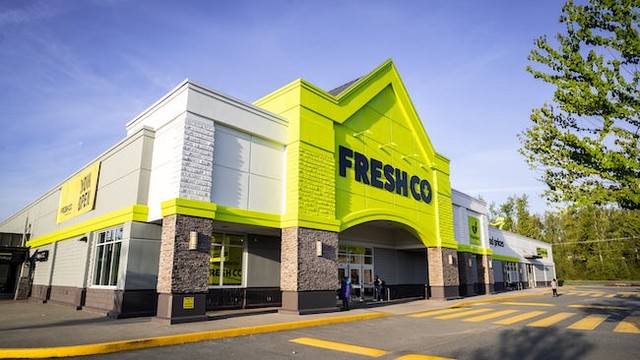 Staff at the Safeway store in the Dilworth Centre in Kelowna have been told that their store will be closing a month earlier than expected.

Union staff at the Kelowna location as well as at the Williams Lake Safeway stores received the news this week that the new closing date will be October 26, 2019. That’s one month earlier than the previous closing date slated for November 23.

In June, Sobeys announced it would be converting six Safeway stores in smaller BC communities to FreshCo discount grocery stores.

As Okanagan Edge previously reported, employees were told they had 30 days to decide whether they’ll transfer to FreshCo or take a voluntary buyout. Those who chose to stay would take a hefty pay cut, with only 25% of employees able to keep their full benefits and wages.

According to a statement from Sobeys, the new date has been put in place to allow for the necessary construction and renovations.

“We are proud to have served these communities and are excited to share our FreshCo experience with them in the Spring of 2020,” read the company statement.

The Safeway pharmacies will continue to remain open throughout construction.