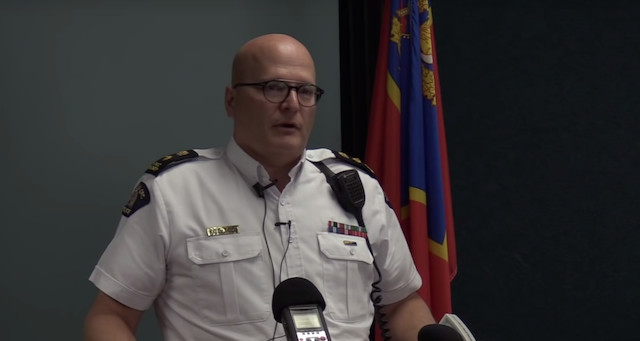 The officer in charge of the South Okanagan-Similkameen RCMP is leaving the detachment for a leadership role at B.C.’s RCMP headquarters in Surrey.

In an email to media late Wednesday, Supt. Ted De Jager said he will be taking over as the officer in charge of service delivery with the operations strategy branch in the fall.

“I would like to take this opportunity to say goodbye for now to the wonderful people of the South Okanagan,” De Jager said. “The past two and a half years have been an incredible experience, and it was an honour to serve in such a key role in our communities.

“The members, employees and volunteers of this regional detachment have worked so hard in the past years to build public safety and will continue to go the distance for all of you.”

De Jager said he and his wife Dionne have “been blessed” to meet many great people in the South Okanagan.

“Change is often a part of our journey in the Mounties and this new opportunity is one that allows me to serve an even broader portion of our society, while at the same time furthering my education during this new adventure,” he said.

Channelling his father, who was a minister, De Jager referred to a verse from Corinthians that he says has guided him throughout his career: “Be on your guard, stand firm in the faith, be courageous, be strong. Do everything in love.”

“In other words, show no fear, stand true to your values, love your community, even those who don’t agree with you,” De Jager said. “There’s no better way to serve as a police officer.”

De Jager said he will be preparing for a handover to his successor in the coming months. The role he is leaving oversees all RCMP from Summerland to the U.S. border, plus west to Princeton.

His 2.5 years in the position have been somewhat bumpy, facing criticism from city councillors and online comment sections in Penticton over the city’s worsening addiction and homelessness crisis.