Kelowna rent remains the seventh priciest among major Canadian cities, even though the median cost of a one-bedroom apartment dipped from last month.

According to Padmapper.com, which tracks thousands of rental listings each month, the median cost of a Kelowna one-bedroom flat in May was $1,280. That was down three per cent from April but up a whopping 14.3 per cent from last year at this time.

The median price of a two-bedroom increased 4.9 per cent from last month to $1,730, which represented a 3.6 per cent jump from last May.

Toronto and Vancouver remain the two most expensive cities in which to rent an apartment.

The Padmapper.com report said history suggests rent will rise during the summer. 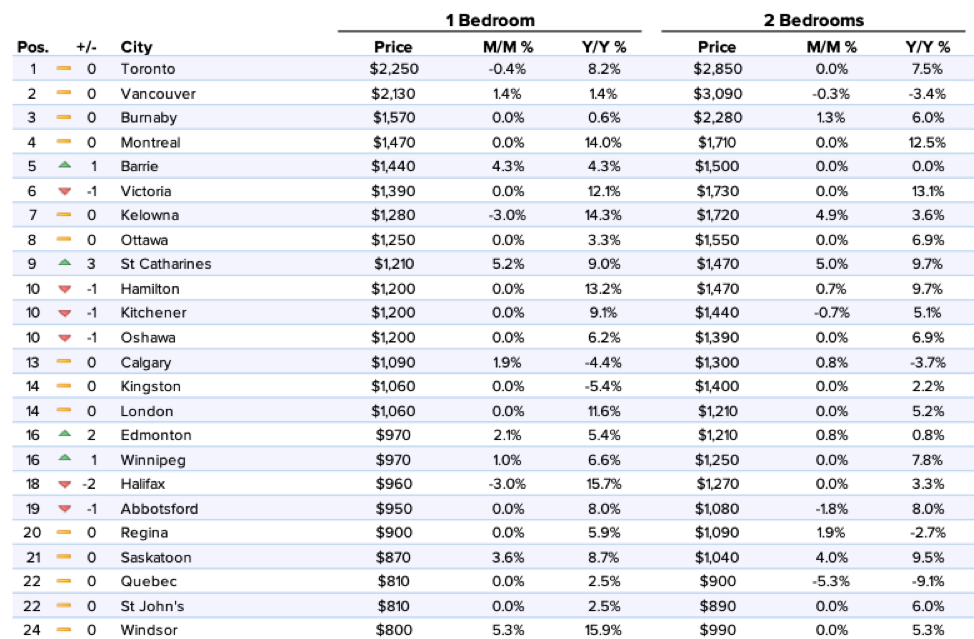