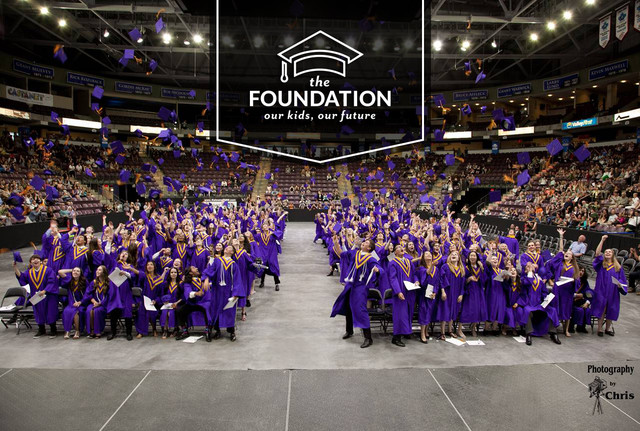 Prior to the death of Penticton philanthropist David Kampe last week, he had been working on the launch of a new fundraising initiative in support of the Penticton Secondary School Bursary and Scholarship Foundation.

Peter Bros. and Castanet are proud to launch that campaign today.

Founded in 1984, the foundation supports the post-secondary dreams of about 250 Penticton Secondary and Princess Margaret students annually. Last year, Kampe made a $195,000 donation to the program, effectively doubling the amount of support the foundation distributes annually.

“Our students will be our greatest success story and our ambassadors as they pursue their post-secondary dreams,” Kampe said in a statement shortly before he passed away.

“However, the economic reality of many families in Penticton does not align with the growing costs of post-secondary education. We have a responsibility as a community to do whatever we can to support our students; they are our succession plan; they are our future.”

This year, Peter Bros. is aiming to get the entire community involved in fundraising for the foundation to send even more students to college and university.

“Our goal is to raise $50,000. We are reaching out to the community for support for the foundation and our students as they move on to the next stage in their lives,” Peter Bros. general manager Peter Weeber said.

In lieu of flowers, the Kampe family is asking the public to support the foundation with a donation.

Jim Cressman of Invictus Entertainment has jumped onboard with an early donation of $2,500.

“One of the most important components to the alchemy of dream fulfillment is encouragement,” Cressman said. “Foundations like this are what bridge the gap between aspiration and inspiration.”

Madison Baxter, an aspiring elementary school teacher, was a recipient last year of a $5,000 bursary created by Kampe’s donation. Baxter said she started crying when she heard she would be getting a bursary. “It will make it a lot easier on my family, putting me through school,” she said.

While most traditional scholarships focus mainly on marks, the foundation’s bursaries take a student’s need and character into consideration.

Donations to the foundation can be made by calling 1-855-904-7033 or by dropping a cheque off made payable to “Penticton Secondary Schools Bursary and Scholarship Foundation” at the Castanet offices in Penticton.

They can also be mailed to the foundation’s address at 158 Eckhardt Ave. East, Penticton B.C., V2A 1Z3. Registered charity number is 890405244RR0001. You can also follow the progress of the fundraising campaign on Facebook.