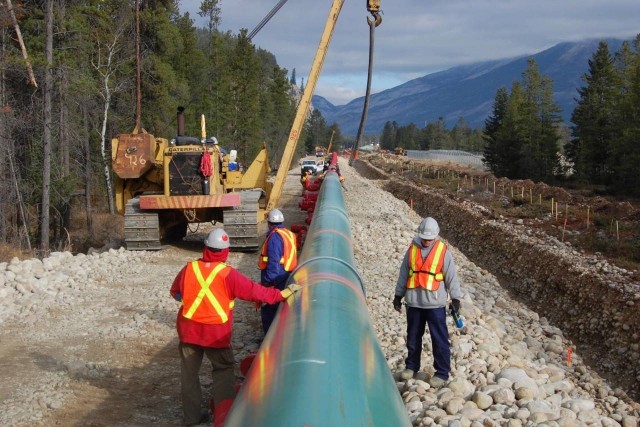 EDMONTON — Alberta Premier Jason Kenney says his government now has the power to reduce oil flows to B.C. in the fight over the Trans Mountain pipeline expansion.

Kenney says he called B.C. Premier John Horgan after the cabinet proclaimed a bill into law just after being sworn in on Tuesday.

He says it was a cordial discussion and he emphasized to Horgan that it’s not Alberta’s intention to use the legislation right away, but that the province will defend its interests.

The bill was passed by Alberta’s former NDP government but never activated.

Kenney says it is important to make it clear that Alberta will take action if necessary to respond to what he calls B.C.’s obstruction of the Trans Mountain expansion, which would allow more oil to be moved from Alberta to tankers on the west coast.

Opposition Leader Rachel Notley has said that proclaiming the bill but not acting on it is a foolish move because it opens up a possible legal challenge from B.C., which could tie up the legislation in court.