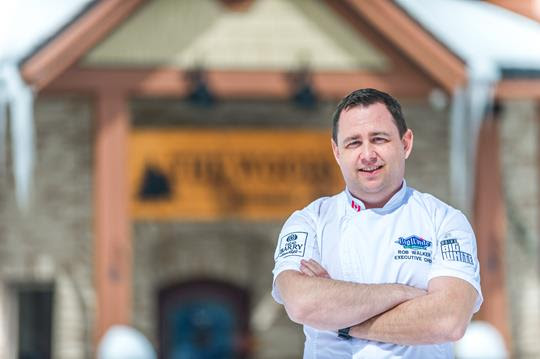 Another chef has been revealed as a competitor for Canada’s Great Kitchen Party culinary competition.

Big White Ski Resort’s Rob Walker will be one of the six Okanagan-area chefs competing in the regional event on Nov. 15 at Kelowna’s Delta Grand. The winner will advance to the Canadian Culinary Championships in Ottawa next winter.

Walker is Big White’s executive chef and competed in the regional competition in 2016 when it was held in Victoria.

“I can tell you from experience it is not only an amazing opportunity but an opportunity that I have considered the highlight of my career,” Walker said in a press release. “This region has a tremendous amount talent and I am truly honoured to be thought of as one of the Okanagan’s top chefs.”

Competing chefs will be asked to create a dish, pair it with a Canadian wine, beer or spirit, and then have it judged on visual presentation, texture, technical achievement, taste, beverage compatibility and wow factor.

“Chef Walker is an extraordinarily talented chef,” Big White hospitality vice-president Trevor Hanna says. “His dedication to the craft and artistry of cooking is apparent in every dish he puts on a menu. Now that Kelowna has its own regional competition as part of the Canadian Culinary Championships, it will be very exciting to see Chef Rob and the other great chefs in the area battle it out for a spot in Ottawa.”