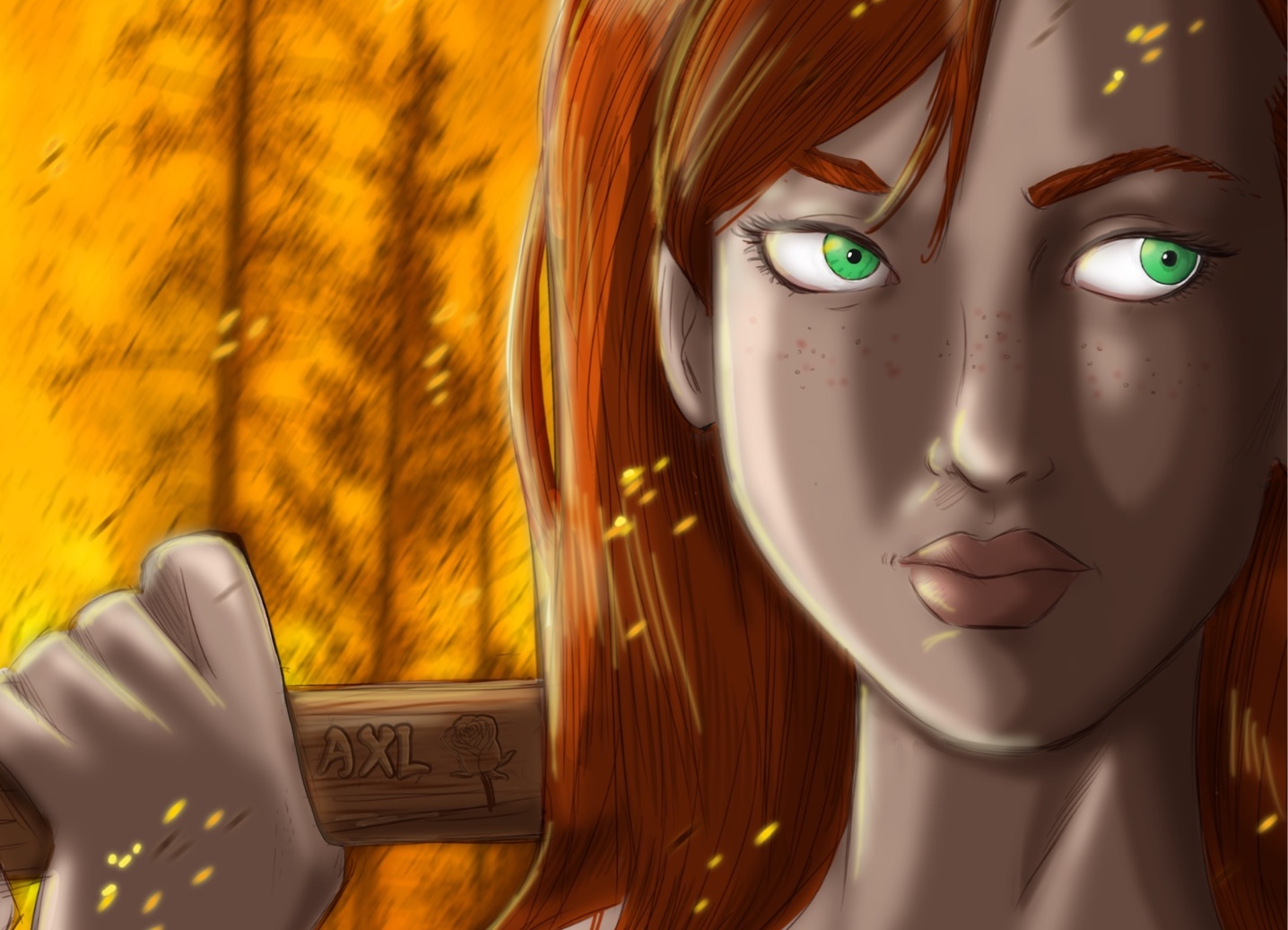 A local comic book writer has teamed up with artistic royalty in an effort to get his first publication off the ground.

George Michail, a local Community Living BC employee who works with adults who have developmental disabilities, is also the author of Fire Engine Red, a comic book series about a female firefighter. He’s looking to raise $5,000 through Kickstarter before Monday at 10 p.m. to publish the first issue, and he needs less than $800 to make that happen.

“It’s inspired by 80s and 90s action movies,” Michail said. “It’s kind of like Die Hard in a forest fire. I really love those kinds of movies, and I kind of miss them. It seems like nowadays it’s all sequels and superheroes.

“It’s more than just mindless action, though. Our hero, her name is Red, she’s a female firefighter and she has a complicated relationship with her boyfriend. She’s more at home in a burning building than in the flames of romance.”

It doesn’t hurt Michail that he has the legendary John Delaney doing the artwork for the comic book. Delaney is a 25-year veteran in the industry who has worked with DC Comics, MGM, Universal, 20th Century Fox and Warner Brothers. He has pencilled characters such as Superman, Batman and WonderWoman, and for shows like Dexter’s Laboratory, Scooby-Doo, Futurama and The Simpsons.

“I felt really lucky for a newcomer, an unknown writer, to land him,” Michail said.

Michail has been working as a caregiver to adults with developmental disabilities for 18 years, and a year ago he decided to give comic books a try to fulfil a lifelong dream.

“Comic books for me, it just kinda seemed like being a rock star or a movie star,” he said. “It just seemed like … how do you even get there? How do you take that first step? I just decided hey, I was going to do it. If I never went for it I’d always regret it. So I just decided to go for it.”