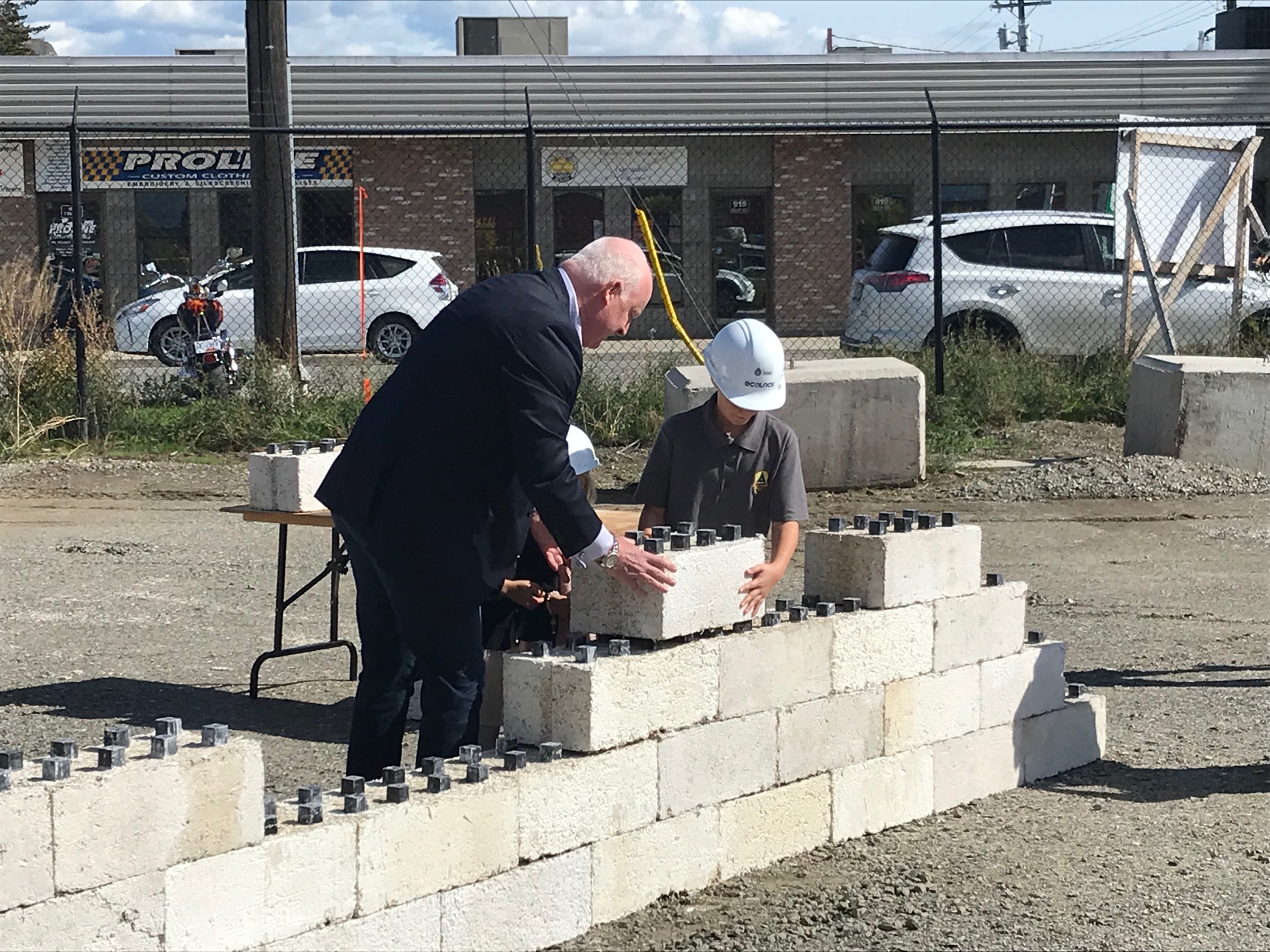 In other words, Vancouver’s Ulmus Development Ltd. will be checking off both boxes when it builds EcoLock Kelowna at the corner of Ellis Street and Bay Avenue over the next 10 months or so.

EcoLock Kelowna is being billed as the first “fully green” self-storage facility in North America thanks to its interior walls made of waste hemp stock, its on-site solar panels and its future membership in the Zero Carbon Building Pilot Program. It will be completely off the electrical and natural gas grids.

“It will be one of the most sustainable buildings in the world, and I’m proud that it will be located right here in Kelowna,” Ulmus CEO Don Redden said during Tuesday’s groundbreaking ceremony at the building’s future site.

Redden noted that buildings are the biggest culprits when it comes to carbon emissions, even more so than transportation. In Vancouver, for example, more than 50% of greenhouse gases come from buildings.

EcoLock Kelowna plans to do its part for the environment primarily through its interior walls, which will be made using blocks from the JustBioFiber company. They are made of hemp hurds, which is the core of the hemp plant, and lime. The pieces click together, and the final product is smoother than drywall.

If you’re thinking the cost of building a completely green, 112,000 square-foot commercial development must be astronomical, Redden said it’s actually only slightly more expensive. He added those wanting to rent space in the facility, which is expected to open next summer, won’t pay more than they would at any other storage facility in Kelowna.

“They’re the reason we’re doing this,” Redden said as he and Kelowna siblings Cohen, 11, Brielle, 7, and Everleigh McFadden, 7, laid the ceremonial first hemp brick. “We want to have a positive impact on climate change for this generation. It’s for these kids and my own kids that we’re wanting to see a change in this industry.”

EcoLock is also touting the look of the building in that it will look nothing like the usual drab storage facility and should help revitalize the area north of downtown. The building, which is being designed by Living Building Challenge creator Jason F. McLennan, will also contain professional workspace.

“We have incredible investors who could take their money and invest it anywhere in the world right now,” Kelowna Mayor Colin Basran said, “and they’ve chosen to invest it in Kelowna because of all the vibrant things that are happening in our community.”