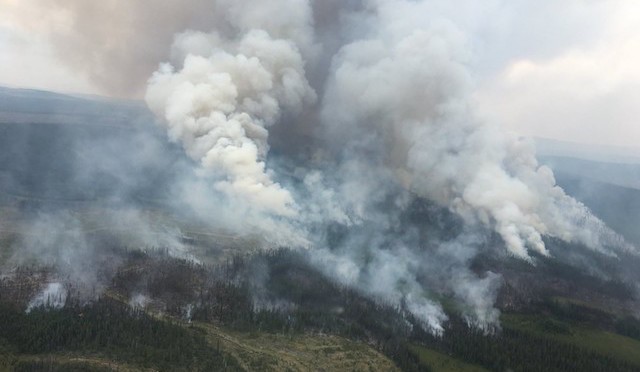 It’s been 11 days since lightning strikes sparked several large fires between Kelowna and Penticton, and Tourism Kelowna believes its PR campaign is working. Basically, the mission was to get as much information out as possible to the stakeholders, public and even tourists, and let them spread the word through social media.

“There’s been this grassroots movement we’re seeing not just from the tourism offices, but from local travellers, local residents and local tourism businesses to correct media if there’s ever a misrepresentation,” Tourism Kelowna CEO Lisanne Ballantyne says. “That’s different from last year. That did not happen last year, and it’s kind of heartwarming to see people want to be part of the solution.”

That doesn’t mean there haven’t been cancellations from tourists who are under the impression the Okanagan is burning. Ballantyne reports some of Kelowna’s high-end hotels have experienced cancellations, but “short-haul tourists” from Alberta and the rest of B.C. are sticking to their guns and making the trip.

“They’re making the commitment,” Ballantyne says. “They’re putting the kids in the car, they’ve got two weeks booked off, and they are coming to Kelowna.

“So that’s telling us once they get here they’re going to make some decisions, which is good for us because we are very good at keeping people happy and occupied here.”

Ballantyne did admit that Peachland tourism has been hit hardest. The largest of the wildfires was located close to the town, and Hwy. 97 between Peachland and Summerland experienced full or partial closures for several days.

“Peachland is absolutely feeling the effects more than the other areas around us,” Ballantyne said. “Specifically what we’re hearing is some attractions’ numbers are definitely down over last year.”

Tourism Kelowna, of course, is leading the social media charge by posting as many positive pictures as it can. It put hashtags like #realtimeKelowna or #exploreKelowna on the photos and is encouraging everyone in the Okanagan to join the movement.

“Last year we were all impacted,” Ballantyne said. “This year I would like to think because of better communication, a more resilient market and a more resilient visitor, it’s only certain areas becoming affected. So that’s interesting to us.”