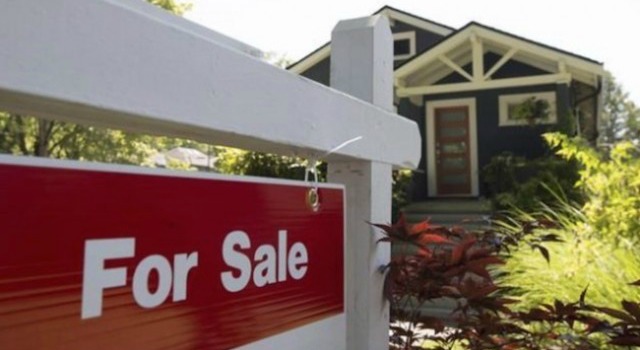 The B.C. government’s “speculation tax” appears to be having its intended effect.

Royal LePage’s newly released Recreational Property Report predicts the average home price in the province will fall by 2.8 per cent by the end of September, to $531,333.

The price drop will happen despite a Canada-wide housing market “primed for healthy” growth, with home prices predicted to increase 5.8 per cent year-over-year, to $467,764.

The report, which surveyed hundreds of relators from across the country, says B.C.’s bucking of the national trend will be “primarily” because of the provincial government’s proposed speculation tax, “which will take many out-of-province buyers out of the impacted markets.”

Adil Dinani, a Royal LePage real estate advisor, says the housing market in B.C. will “continue to flourish” in areas exempted from the speculation tax, but that markets in regions hit with the new rules will “stagnate.”

This is because the tax will encourage Albertans, one of largest cohorts of recreational purchasers in the region, to both look elsewhere for secondary homes and sell the secondary homes they already own in B.C. to avoid the tax.

As a result, the report says prices in B.C. will decline slightly during the summer season as significantly more homes flood the market.

The report says that, even though sales are predicted to increase, 55 per cent of B.C. survey respondents believe government policies will “weaken momentum” in the housing market and “keep sales activity from reaching its true potential.”

Phil Soper, the president and CEO of Royal LePage, agrees the speculation tax has changed the course of B.C.’s housing market.

“With Canada’s fastest-growing economy, British Columbia’s vast and varied recreational regions might be expected to lead the country,” Soper says.

However, Soper says that won’t be the case in the near-term, because the speculation tax will “drive would-be purchasers to invest elsewhere.”

“While these policies were billed as a move to impede speculation and foreign investment, international purchasers make up a very small portion of the recreational market, and the dreaded house flippers are an urban phenomenon,” he says.

Most realtors agree foreign buyers account for less than five per cent of home purchasers in B.C.

While the Ministry of Finance does list foreign speculators as one of its targets for the tax, it also lists “satellite families” that live in B.C. but don’t pay income taxes in the province, and “homeowners who hold vacant property in designated urban centres.”

In Kelowna and West Kelowna, two regions where the tax will be enforced, public opinion appears to be largely against the tax, however, surveys have consistently shown a majority of British Columbians support it. The latest, published June 5 by Research Co., saw 62 per cent of respondents come down in its favour.

What’s going on in the Okanagan?

Even though a majority of Okanagan residents appear to be against the tax, the Royal LePage report predicts housing prices in the region will continue to go up for most of the year.

Local real estate expert Bill Hubbard says prices in the region are still rising both because realtors are basing their knowledge on not-entirely-applicable historical data, and because sellers are reluctant to accept a “softening” market.

For Hubbard’s complete explanation, check out his recent column on Okanagan Edge.