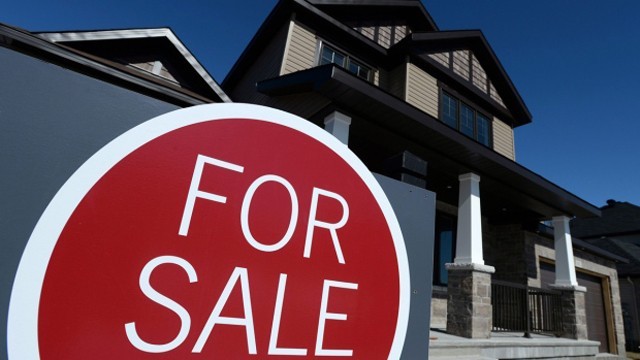 Home prices in Kelowna will continue to rise over the next couple of years, but not as fast as they did in 2016 and 2017.

Taylor Pardy, a senior marketing analyst with the Canadian Mortgage and Housing Corporation, broke down the local housing market at a special luncheon March 15, hosted by the Canadian Home Builders’ Association Okanagan Chapter.

Pardy predicted prices for single-detached homes, which have spiked the hardest over the past few years, will move “back towards balance” in 2018 and 2019, but that the cost of townhomes and apartments will continue to see “strong’ growth.”

However, since more single-detached homes still sell each year than any other type, Pardy said overall home prices in the Okanagan will increase only moderately.

Pardy’s predicted moderation of the housing market comes as sales in 2017 were down compared to the record-breaking numbers of 2016.

He said home sales pulled back 13 per cent in 2017, driven primarily by a 17-per-cent drop in single-detached sales. Townhome sales also fell by 12 per cent, while apartment sales remained “more or less the same.”

“Twenty-sixteen was, after all, a record year, so that (the drop in sales) in generally is not something I’m overly concerned about,” Pardy said, pointing out that 2017 sales were still higher than they were during the previous peak in 2007.

“While sales in certain segments might be pulling back a little bit, we’re still seeing the market moving very quickly in a historical sense,” he added.

While Okanagan home sales dipped in 2017, Pardy also said last year was a record one for housing starts in the region.

CMHC recorded 3,577 total housing starts in 2017, 56 per cent of which were apartment rental units.

That was primarily due to developers responding to Kelowna’s near-zero vacancy rates, and Pardy said the CMHC is anticipating a shift to more condo and townhome completions in the next couple of years.

He did point out, however, that housing starts are running “well ahead” of projected household gains for 2018. He cautioned that the numbers are imperfect, and will be revised in August, but said the trend could mean more homes coming onto the market than new households to buy them.

Housing completions relative to gains, meanwhile, are “looking good” so far this year, and “nothing is kind of looking out of line.”

Pardy finished his analysis by highlighting some some risks to the housing market (new mortgage stress test rules, increased mortgage rates, and uncertainty around provincial policy change), as well as “tailwinds” that could help it along (strong local economic fundamentals, and Kelowna’s relative affordability compared to other major centres).