Big things are happening at one of Kelowna’s flagship downtown businesses.

MacDermott’s, the Bernard-Avenue clothing store that’s been in business for the past 23 years, shut its doors this week to undergo a major renovation.

Jay MacDermott, one of the store’s owners, says a team of eight people from Toronto arrived this week and have been hard at work painting, tearing out floors, and making a series of “huge” changes.

She says an entire semi truckload of fixtures and design elements also arrived early this morning, which will help shape the store’s new look.

“It’s going to be crazy,” MacDermott said. “Kelowna hasn’t ever seen anything like this before.”

She wouldn’t reveal any more of the “secret” plans for the store, but said MacDermott’s is scheduled to re-open on Monday.

Before MacDermott’s closed its doors last week it held a massive liquidation sale, and MacDermott says the new shop will feature about 75 per cent new inventory.

“It’s basically the same collections we’ve been carrying, just a shift throughout the store,” she said.

MacDermott’s new look comes just ahead of a significant renovation and rebranding at the Towne Centre Mall, where the shop is located.

MacDermott said her store’s renovation has nothing to do with the rest of the mall, just that it happened to be “really good timing.”

“We’re just happy that the mall will be doing a big renovation as well, it will just help everybody here,” she said. “Everybody needs people in that mall, and it hasn’t been happening, so we’re just thrilled.” 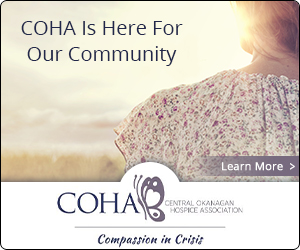