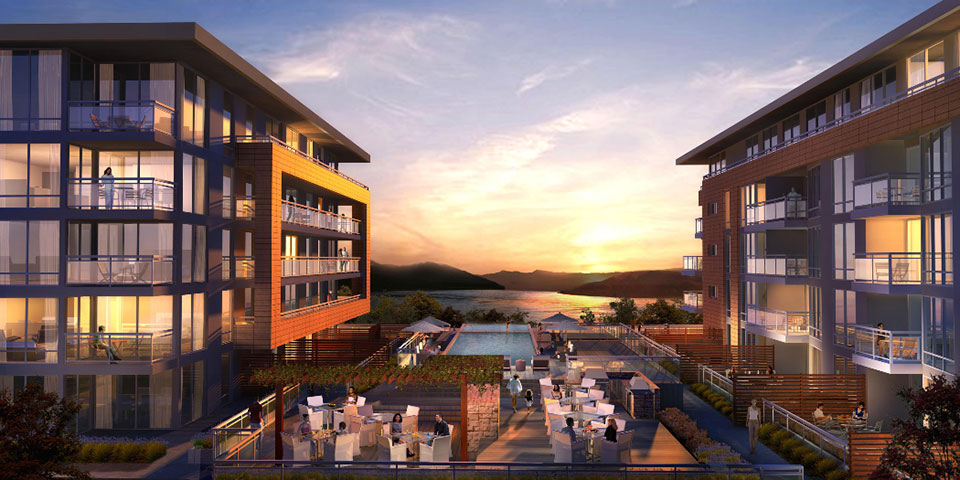 The developers of a long-abandoned proposal for a major development at Gyro Beach hope to give the project a second life.

Late last month, nearly ten years after the 2008 recession put the project on pause, the company submitted a new proposal to the City of Kelowna.

It shows a development comprised of two, six-storey towers that would house 130 condos, along with eight retail spaces and seven townhouses.

According to Meiklejohn Architects, the firm that helped design the building, Caban’s two towers will “frame an outdoor swimming pool, hot tub and fitness amenities on top of a 200-stall concrete parking structure.”

On the ground level, the parkade will be wrapped with retail and restaurant spaces facing the commercial street, with the townhouses fronting Richter Street. 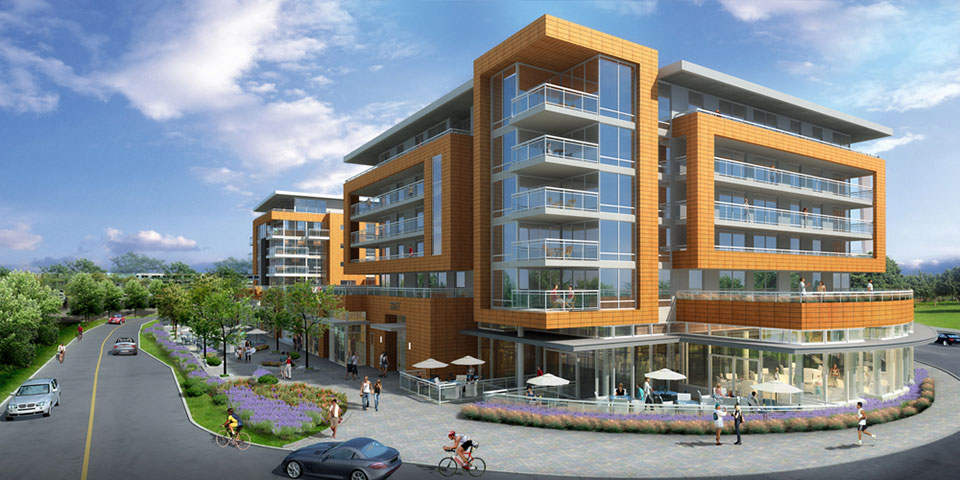 “The South Pandosy neighbourhood is quickly urbanizing and is one of the most desirable places for young professionals to live and work,” a letter attached to Cressey’s application states.

It points out that several multi-unit residential developments have been completed or are currently being designed in the direct vicinity, and that Cressey has designed Caban “to be the focal point of this newly emerging densified neighbourhood.”

Along with a “public-focused pedestrian interface,” the building would feature a 520-square-foot waterfall along Lakeshore Road.

Cressey, which is asking for variances for several of the building’s setbacks, claims the building will “set a new standard for mixed-use buildings in Kelowna.”

Kelowna city council will have a chance to debate the application in the near future.