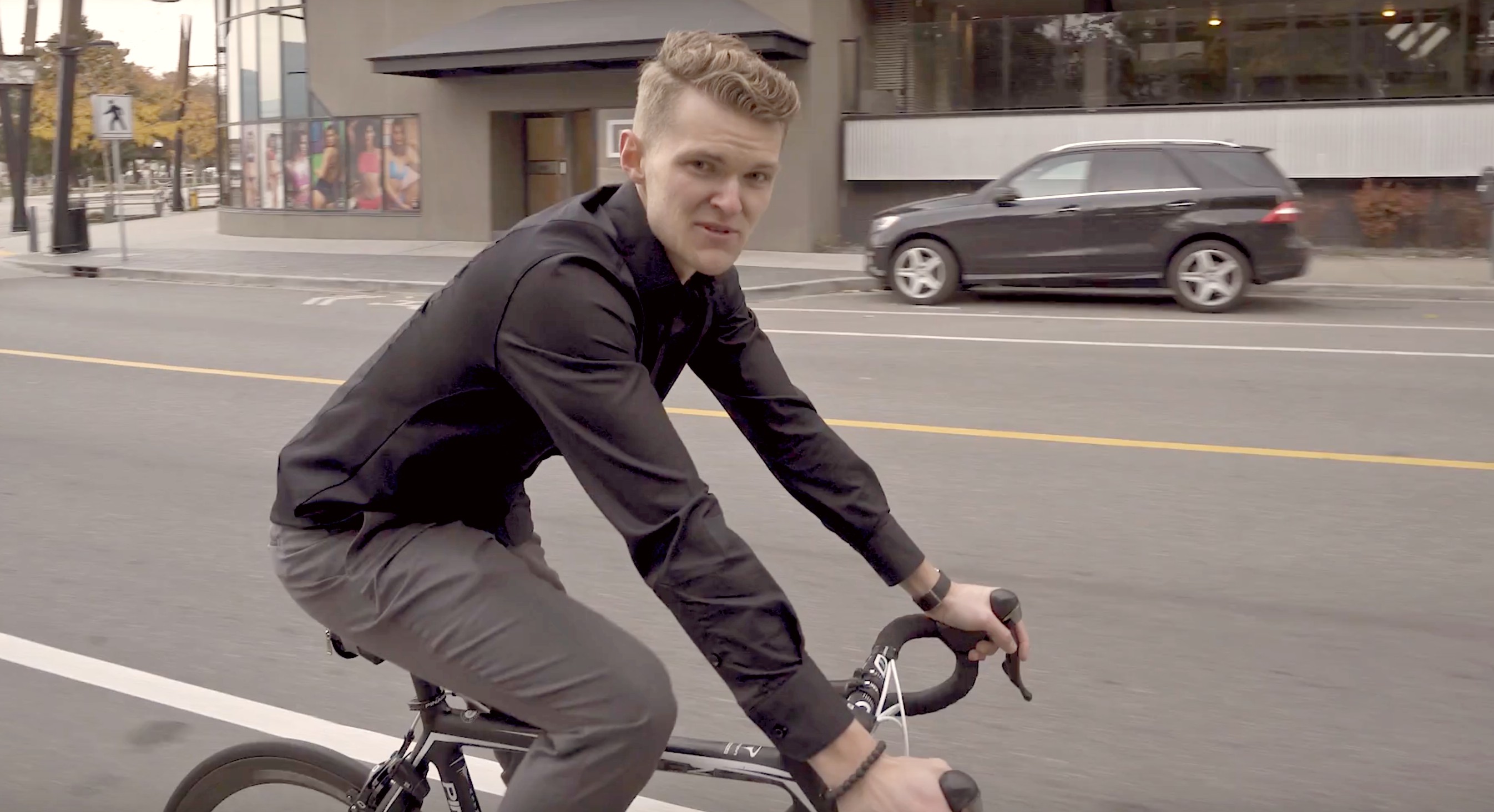 When the Portuguese explorer Vasco de Gama and his crew first discovered how to fend off scurvy in 1497, it took hundreds of years for the citrus cure to become common knowledge.

So if a revolutionary and life-saving idea takes centuries to catch on, how does one man with a sweat-wicking dress shirt make an impact?

Jeremy West has asked himself that question many times—and has spent the last two years working towards an answer.

Before he founded the new Kelowna startup 6AM WorkShirts, West says he spent a lot of time reading about the “science” of diffusion—how ideas spread, and what helps an innovation take off—in his feverish pursuit of lessons on how to become a successful entrepreneur.

West, who moved from Edmonton in 2015 to work at the newly opened Cactus Club in downtown Kelowna, says he was learning a lot about the business world from his job, and trying to soak up as many lessons as he could.

The summer of 2015 was a hot one, and West biked to work almost every day. He worked long hours in a baking-hot restaurant, which was even tougher when he was sweating through his dress shirt after a ride to work. 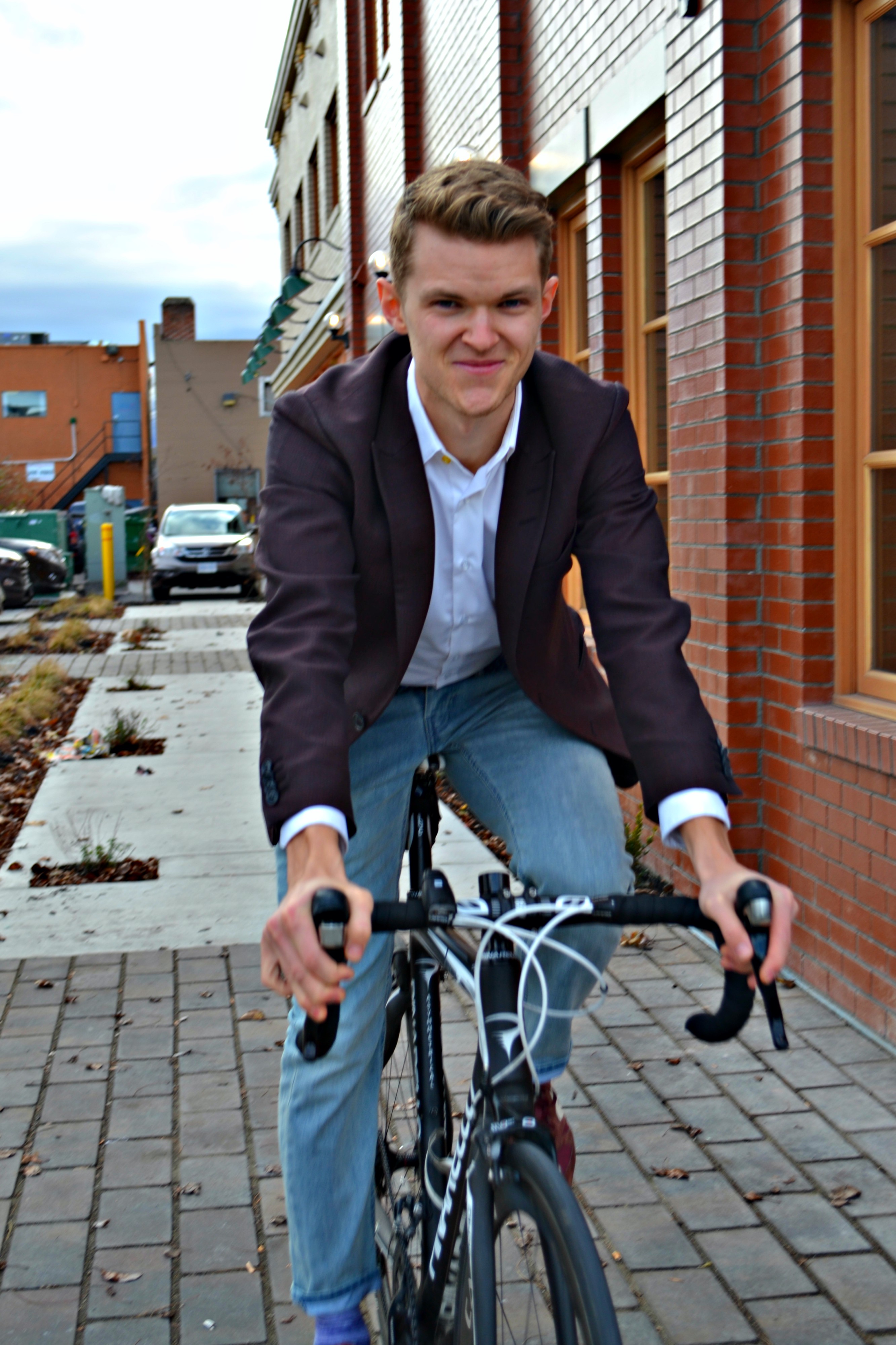 He kept looking for a better shirt, but was never able to find anything. Then, one day, it just clicked.

“I went for a bike ride up Knox Mountain, and I noticed that all of my cycling jerseys had a secondary material on the sides—and I kind of just made the connection,” he said. “I realized these jerseys are built for performance, so why couldn’t I just put that into a dress shirt?”

He went to Winners and bought a cheap Reebok athletic shirt, then took it and one of his own dress shirts to a tailor.

That trip eventually yielded the first 6AM WorkShirt prototype: a professional-looking dress shirt with special sweat-wicking material sewn into the sides, designed for people who bike to work.

He started wearing it to his own job and realized it worked, so he began refining it. West says he spent a year or more combing through wholesaler fabric catalogues looking for the perfect materials, continually refining his design.

Eventually he landed on what he wanted, and took it to a pattern maker in Vancouver, whom he continues to source the 6AM WorkShirts from today.

The shirts look much like a simple, traditional dress shirt, except for the pair of seams down the front, where the dress-shirt fabric turns to sweat-wicking fabric.

West said his shirts look just like a traditional dress shirts under a jacket, but are also professional enough to wear on their own. In fact, he says he designed the shirts specifically not to look exactly like an everyday button down.

“You kind of notice that there’s something going on there, which is cool. I wanted there to be an observable difference,” he said.

Harkening back to Vasco de Gama and his scurvy cure, West said it was important to him the shirt’s innovation be visible. It’s just one part of his strategy to ensure the idea has the best chance to diffuse.

West only officially launched the 6AM WorkShirts website a few weeks ago, there’s lots of diffusion left to happen, but the shirts are available for purchase now.

As he heads into the new year, West says he plans to do everything he can to push the product beyond his network, including a Kickstarter campaign sometime in the spring.

For more information, check out 6AM WorkShirts online.