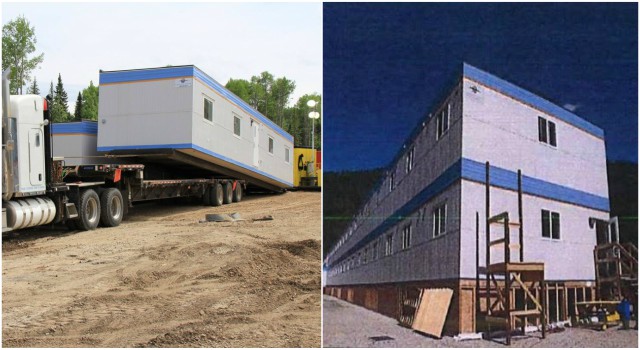 After pushback from some of its potential new neighbours, BC Housing is reconsidering its plan to put up temporary, supportive housing in a Kelowna business park.

The project would have seen 55 units of temporary, modular housing, stacked into a two-storey structure, on a property in the Mill Creek Commerce Park.

It is one of several projects BC Housing plans to undertake to help provide more homes for the city’s homeless.

When the project was announced earlier this month, businesses operating in the Mill Creek Commerce Park were quick to push back against it.

Along with their frustration at not being consulted about the project, many also said they were concerned the development didn’t fit with the form and character of the park.

Kelowna City Council was scheduled to weigh in on the application today, but the housing authority made a last-minute decision to pull its request.

Just before council was set to debate the project, mayor Colin Basran said the developers had heard the concerns of their neighbours, and were going to take some time to make the project more “aesthetically pleasing.”

Council passed a motion to defer the application, and a modified version will likely come back before them very soon.