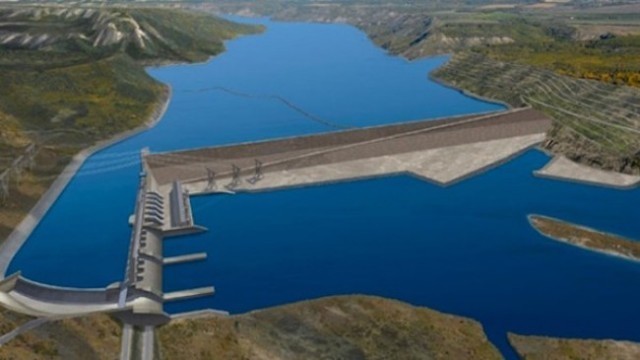 The BC Utilities Commission has released a preliminary report into the future of the controversial $8.8-billion Site C dam project in the province’s northeast.

But the commission said in its report released late Wednesday night that it does not have enough information in several areas to recommend whether the project should proceed.

BC Hydro has said it has already spent $1.8 billion on construction for the massive hydroelectric dam, but Premier John Horgan’s NDP government asked the commission to review its economic viability.

The panel did conclude in its preliminary report that as of June 30 when BC Hydro submitted its most recent quarter-end report, the project was on track for its planned completion in 2024, but did not have enough data to determine whether the project is currently on budget,

It also said it also does not have sufficient information to predict possible budget overruns once the Site C project is complete, or the total costs for the project in the event it is suspended and restarted later.

Hydro’s 866-page submission to the commission said completing the dam as planned would still be best for ratepayers and terminating the project would cost $7.3 billion on a present-value basis.

The commission also warned Wednesday night that if a diversion of the Peace River is not achieved in September 2019, the project will not stay within its budget.

The commission said it will now conduct an “extensive consultation process” on the preliminary findings and submit a final recommendation on Nov. 1.

The BC Hydro submission said demand for electricity is growing and without the dam, the province will face an energy shortfall by 2031.

A report submitted for the commission’s review by the auditing firm Deloitte LLP concluded that putting the project on hold until 2025 would cost about $1.4 billion, while cancelling it outright would cost $1.2 billion.