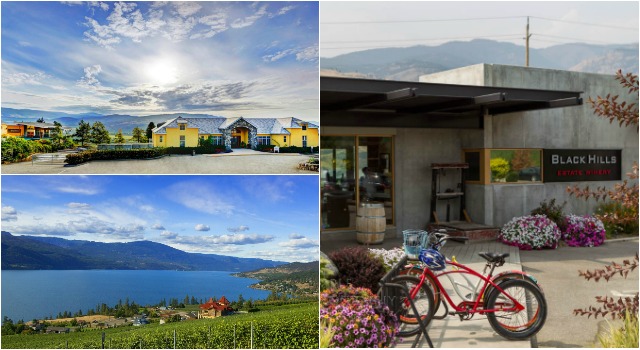 Image: Facebook
Three Okanagan wineries are all selling to a single company, which is paying a total of $95 million.

The company expects to finalize all of the transactions by October of 2017.

Randy Powell, Andrew Peller’s president, says he believes there is a “significant opportunity for growth in the Okanagan wine region.”

“Canadian consumers are becoming more and more interested in super and ultra-premium wines, and these are some of the greatest brands in the country,” he said.

Andrew Peller owns wine brands across Canada, and is already a major player in the Okanagan wine market (included in its portfolio are Sandhill Wines, Red Rooster Winery, and several vineyards in the region).

However, Powell says his company has had its eye on expanding in the Okanagan for years. The fact that it was able to buy all three wineries at once was “purely coincidental.”

The company had been feeling out the possibility of purchasing Tinhorn for years, he said, and when the other two wineries popped up on the market, buying them was “a no brainer.”

“You can work for ten years looking for the right opportunity and they don’t come, and then all of the sudden they all come at once,” he said with a chuckle. “With these things you often want to talk about your great strategy, but often great strategy is defined after the fact.”

As BC Wine Institute President Miles Prodan points out, land in the Okanagan is scarce, and the only way to expand in the wine market here is to buy someone else’s operation.

Now that it has done that, Powell says Andrew Peller isn’t planning any major changes to its new brands. Instead, the company will first learn from the leadership teams, and then figure out how it can use its considerable resources to “supercharge” their operations.

“We’re not in a rush to make any change. We’ve been fortunate enough to get three great brands, and we’ll work with the leadership team there to make sure we respect what they’ve done,” Powell says.

He stressed that there are no immediate plan to push the brands out in a major way on an international scale, but hinted that some of the products could benefit from Andrew Peller’s international sales experience.

In total, the three recently purchased wineries made approximately $25 million in their last fiscal years.

Sandra Oldfield of Tinhorn Creek said Andrew Peller “will continue the long-term development and growth in the Okanagan that we started,” while George Heiss, the co-owner of Gray Monk Estate Winery, said he is “delighted” to partner with Andrew Peller.

Black Hills president Glenn Fawcett said “most, if not all” of that winery’s employees will keep their jobs under the new ownership, including himself and winemaker Graham Pierce.

Prodan says the change in ownership likely won’t mean any drastic shifts in the Okanagan’s wine industry, but stressed that the deals do reflect its strength.

“That someone with a breadth of knowledge of the Canadian wine market chose to invest $95 million here in BC speaks well for the health of our industry,” he said. “I think it’s very positive.”