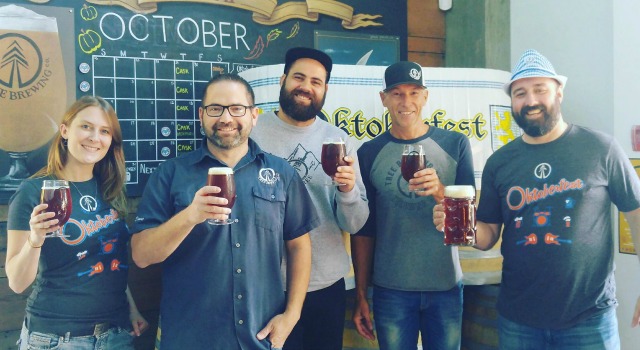 Image: Tree Brewing Facebook
Craft beer is taking off in Kelowna, but this is only the beginning

“If anybody says they could see where the craft beer industry is today they’re lying to you. It has changed so fast and so dramatically in the last two, three, five years, that I don’t think anybody saw this coming.”

Chris Stirling is the general manager of Kelowna’s Tree Brewing Co., which has been operating in the city since 1996.

Until about five years ago, Stirling says Tree was “kind of the only game in town” (Freddy’s Brew Pub opened in the early 2000s), with just a handful of die-hard beer lovers keeping their lights on and doors open.

However, since 2015 Kelowna has seen BNA Brewing Co., Kettle River Brewing Co., Red Bird Brewing and others pop up across the city.

To the surprise and delight of old-school craft beer vets like Stirling, a city known primarily for its wine is fast becoming a destination for beer drinkers.

The reasons behind the surge are varied, and industry experts have some very surprising predictions about what the future holds.

He says that, even a few years ago, he probably wouldn’t have been able to make the business work.

While a bunch of factors have combined to create B.C.’s craft beer boom, Semeniuk says changes to the province’s liquor laws were a game changer for small beer producers. 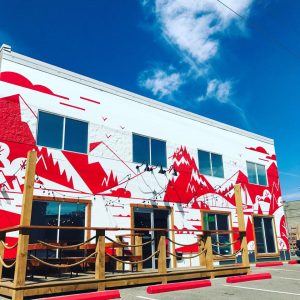 Prior to the rule changes, craft breweries’ tasting rooms were essentially limited to selling things like growlers, kegs, and six packs–products whose profits pale compared to those of the mighty pint.

But in 2013 the government changed things, making it legal for small beer manufacturers to sell as much by-the-glass beer to their customers as they pleased.

This meant craft breweries could turn tasting rooms into their own little pubs, slinging suds straight from their kegs, and not having to worry about taking over taps in local bars or getting their products into liquor stores.

“It gave the ability to small guys to sell their product at a profitable rate,” Semeniuk says, adding that he would never have been able to open up shop under the old rules.

“I never would have been able to survive trying to make as many kegs as I could and selling kegs to restaurants. There’s already a huge amount of beer out there in restaurants, and to try to take over those taps, and to try to sell 20-30 kegs a week, that’s a lot,” he said.

Today, however, he can focus on selling beer by the glass from Red Bird’s lounge, meaning he can produce smaller volumes of beer and still turn a profit.

No matter how easy they are to operate, for businesses like Semeniuk’s to work people still need to be willing to buy his product.

Luckily for craft breweries, many consumers these days are happy to shell out a little extra money for products they know are made in their communities.

That drive to support local means consumers are much more educated about where the products they buy come from, and much more interested in the stories behind them.

Craft breweries are great at telling stories, and those stories often resonate with savvy customers.

Meanwhile, it can sometimes be difficult for the consumer to find products made in their communities, making it tough for people to shop locally, even when they want to.

Brandon Moscrip of Canadian Craft Tours points out that craft beer is a really easy way to support local businesses.

“More and more people want to consume as local as possible. They want to support small business,” Semeniuk adds. “If good beer is being made down the street, lots of people are willing to support that, and why wouldn’t you? It’s a no-brainer.” 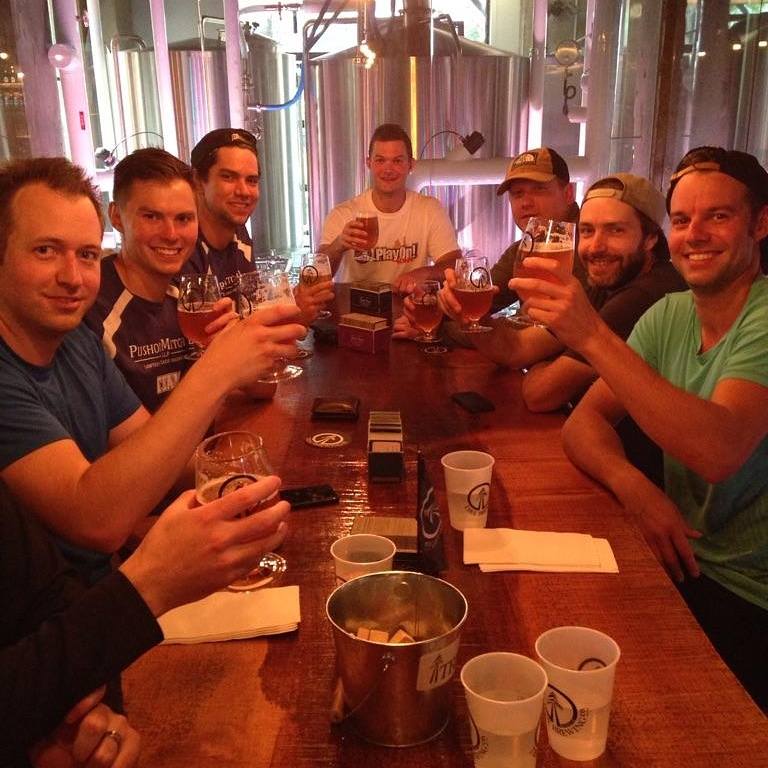 While Kelowna has shown that to be true, Moscrip says the industry here is actually still in its infancy.

Moscrip is the marketing manager for the Vancouver-based Canadian Craft Tours, which started offering craft beer tours in the Okanagan for the first time this summer.

He says what many in Kelowna see as an exploding craft beer market is “actually one of the least serviced beer markets in Western Canada.”

Kelowna, meanwhile, with a population of close to 130,000, only has about four breweries in total—and two of them are so new they’re only producing very small volumes.

Get ready for the real explosion

Canadian Craft Tours operates in cities across Western Canada, and Moscrip says every city thinks it’s the epicentre of a craft beer revolution.

In reality, however, the revolution is global, it just hits each city slightly different time.

“You’re finally noticing craft beer in the Okanagan because it’s finally starting to get some momentum there,” he says.

Like many things in the Okanagan, Kelowna’s craft brew scene is very much a product of runoff from Vancouver. Moscrip says craft brew has about a 28 per craft share of the $1.1 billion B.C. beer market, and a lot of that is concentrated in Canada’s craft beer capital.

As the craft brew market hits its saturation point in the lower mainland, would-be brewmasters are looking to set up shop in the sunny Okanagan. 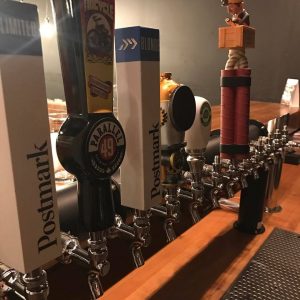 “What’s happening here in Kelowna is a result of more demand,” Stirling says. “Larger centres are becoming more crowded, and Kelowna’s not a bad place to live. So if you want to start a craft brewery, why not pick a place like Kelowna?”

Moscrip believes that, with its high volume of tourists, Kelowna is poised to see anywhere from 10-15 craft breweries open up over the course a decade.

“It’s a really great time to be a beer drinker,” Stirling says.