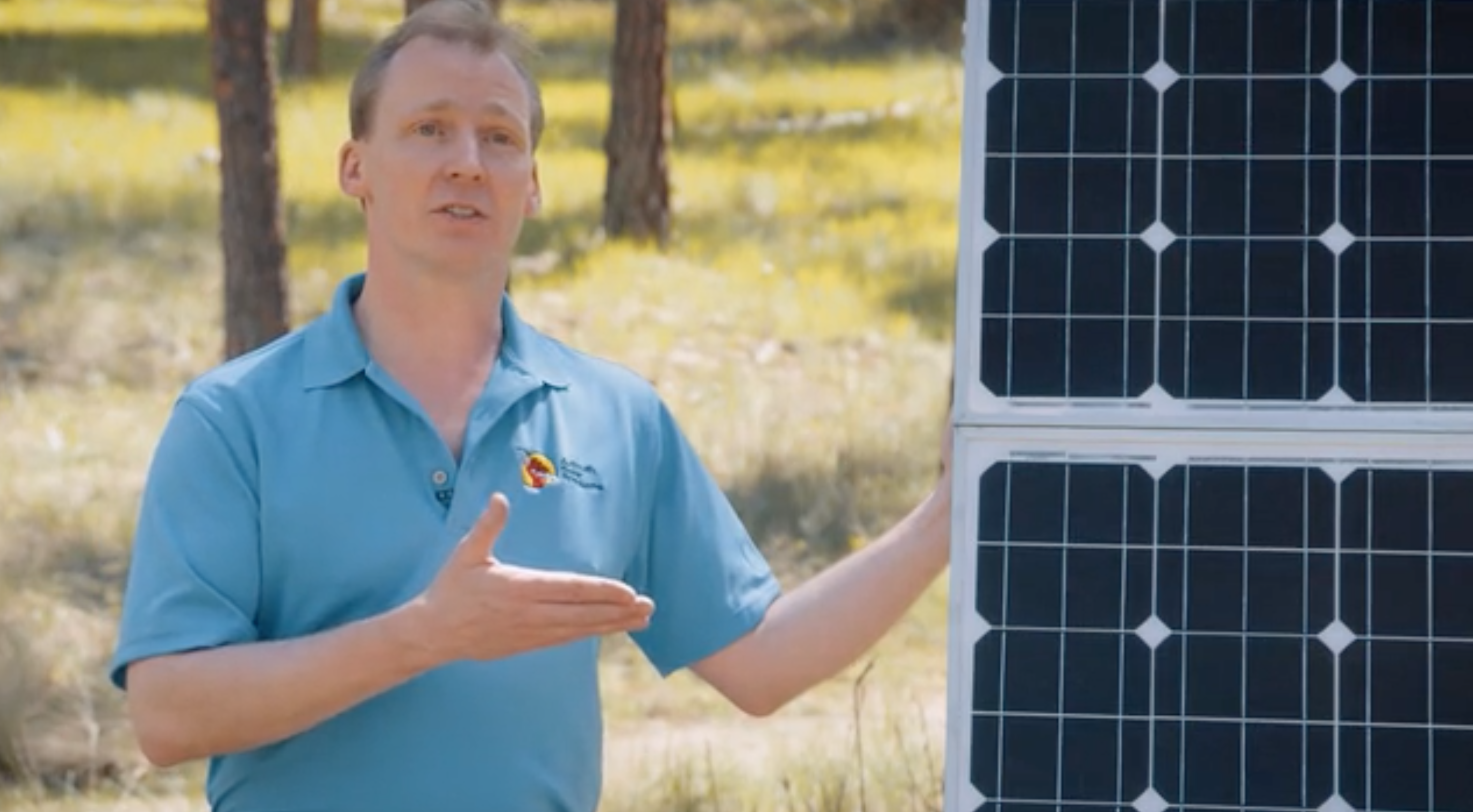 A Kelowna company hopes to bring “power to the people” with a new portable, rotating solar panel its marketing to the average consumer.

Matthew Longman, the company’s CTO, says Azimuth’s solar generators can be set up and taken down in as little as five minutes, without any tools.

The generators feature four folding solar panels that mount to a tripod. Once set up, the lock and pin design allows them to rotate 360 degrees, a feature Longman says allows them to generate more electricity in a day than stationary panels.

“The mainstream consumer is eager to embrace green technologies, like solar energy. We’ve designed our systems to be easy for anyone to setup and access portable solar power,” Longman says.

Because of its quick setup time, and relatively simple storage capabilities, Longman also thinks the company’s solar generators will be effective in emergency situations, providing backup electricity when power gets knocked out.

“We’re really passionate about the environment. We wanted people to be able to reduce their fuel use and gain independence,” says company CEO Shari McDowell.

For more information, check out Azimuth Solar Products on Kickstarter.