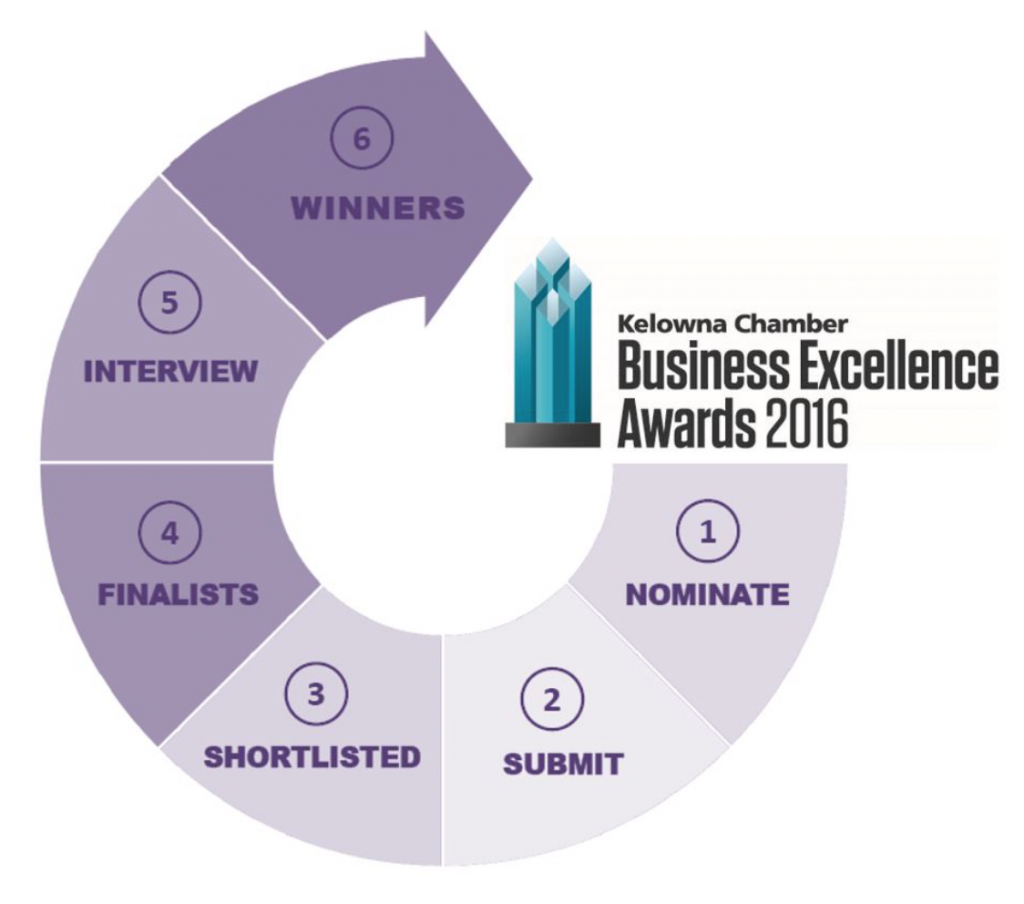 The Kelowna Chamber of Commerce has officially announced that nominations for the 30th annual business excellence awards are open.

The chamber, along with its partners the Business Development Bank of Canada and Farris Law Firm, will be taking nominations from now until June 8.

Nominations for any business from Peachland to Oyama are encouraged, and nominees do not have to be chamber members.

The chamber has also reviewed its annual awards process, categories and ceremony, and have decided to change things up “in order to reflect the varied business environment in the Valley.”

This year’s program will see the addition of four new categories: The Social Impact Award, the Excellence in Agriculture Award, the Marketing Campaign of the Year and the Arts and Entertainment Achievement Award.

Those four awards will round out the six core awards, for a total of ten categories.

The winners of each award will be announced on Oct. 12 at a special dinner. Nominations can be found on the chamber’s website.