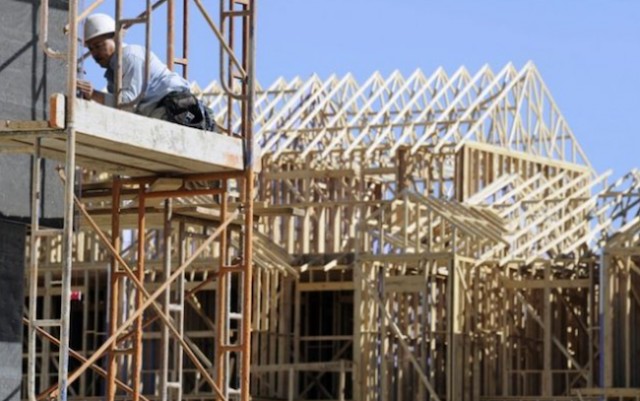 New home construction in Kelowna surged upward in April, as developers continue to put up more single-detached and multi-unit developments in the city.

Numbers from the Canadian Mortgage and Housing Corporation show that work began on a whopping 403 new units last month.

The numbers are staggering, but not necessarily surprising.

In response to Kelowna’s rock-bottom vacancy rates, Kelowna City Council has approved construction of more than a thousand new units of housing in the city.

The high housing start numbers in Kelowna reflect the construction of some of those developments beginning.

The CMHC’s numbers also show Kelowna far outpacing British Columbia as a whole. Across the entire province, construction started on 3,782 new homes in April. Compared to the 3,743 that were being built in April of 2016, this year’s number represent a mere one per cent change province-wide.

Kelowna is also blowing Victoria and Vancouver out of the water. B.C.’s capital actually saw a 26 per cent decrease in the number of new homes starting to be built in April of 2017, while Vancouver saw an 18 per cent increase.

For more information on housing starts in April, visit the CMHC’s website.