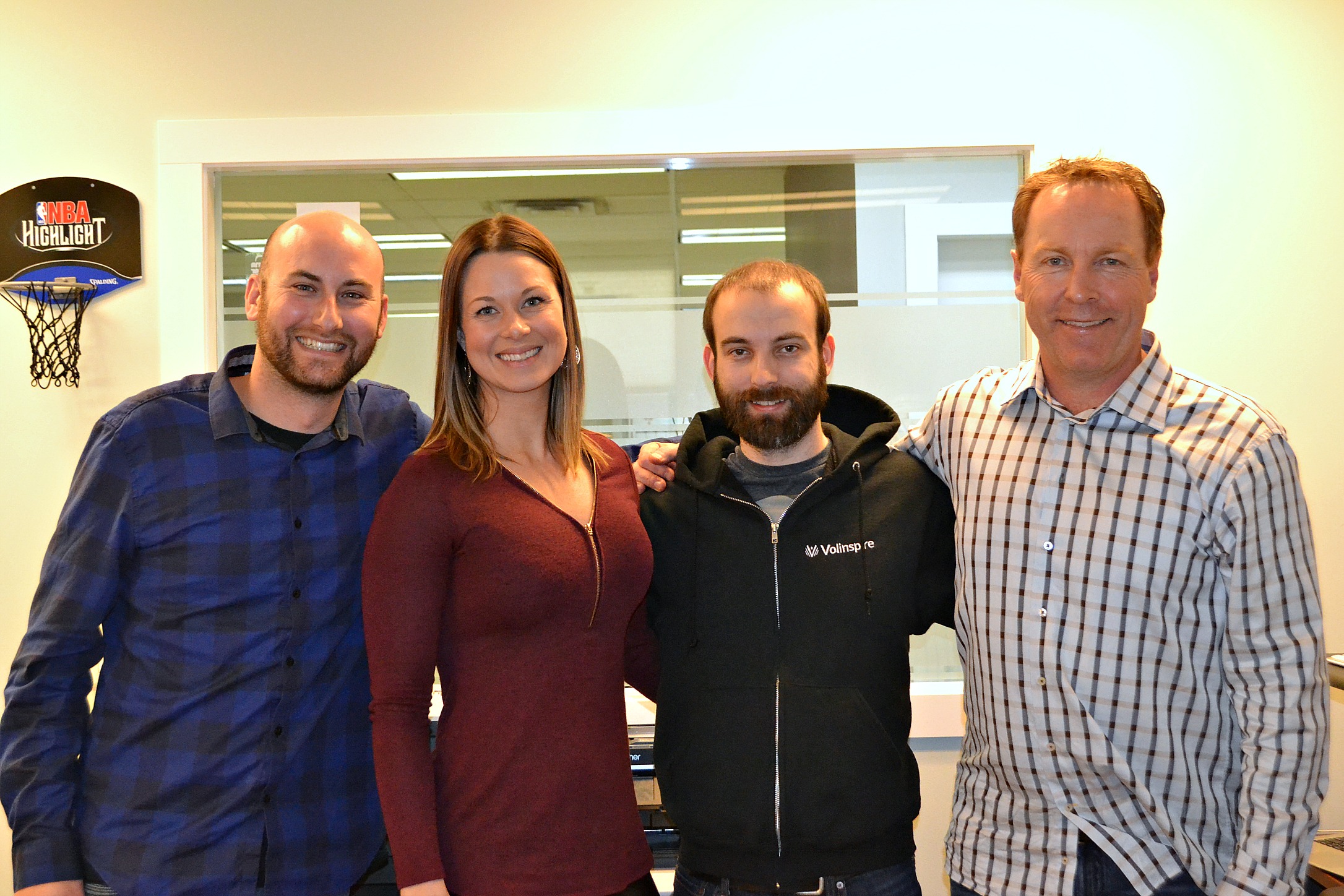 Volinspire is made up of Jeff Hoffart, Amy Webster, Brent Luehr and Sheldon Gardiner. Absent from this photo are Ryan Taylor and Trina Speiser.

A Kelowna startup has been selected to track the progress of a major, nationwide volunteer initiative.

Canada celebrates its 150th birthday in 2017 and, as part of the government’s “Canada 150” celebrations, Volunteer Ottawa challenged everyone to volunteer 150 hours of their time.

Individuals and organizations have flocked to the “150 for 150 Challenge,” including  Kelowna Mayor Colin Basran, who promised Kelowna residents would volunteer a total 150,000 hours as part of the initiative.

Volinspire, a Kelowna company started by tech entrepreneur Sheldon Gardiner, has been tapped to act as the official platform for tracking all “150 for 150” volunteer hours across the country.

Launched in December 2015, Volinspire is a social network that aims to connect volunteers to organizations in their area in need of their service.

Combining elements of Facebook, LinkedIn and Fitbit, the service allows users to find volunteer opportunities tailored to their interests, track their hours, share stories and compare with friends.

Gardiner, a former tech consultant in Kelowna, started the company after his teenage daughters had difficulty finding ways to get involved in their community.

Initially, it was intended as a platform to engage youth and connect volunteers, “but we realized that was a really bad business model,” he explains with a chuckle.

Now, for a small fee, businesses can sign up with the service.

But Volinspire remains primarily about community, and connecting and empowering people who care: In order to be listed on the site businesses have to meet certain criteria, demonstrating they are actually contributing to the community in a meaningful way.

“We don’t just take their money and say, ‘hey you can be on our website,’” Gardiner explained. “It’s not just about volunteerism, it’s about really fostering a caring community.”

That intense commitment to keeping the service community-focused is vital, Gardiner says, and has allowed the company to attract a very a talented team.

Jeff Hoffart, Volinspire’s manager of operations, says he signed up because he “wanted to be part of a company and team that truly wanted to make and be a part of community change.”

“It’s inspiring and rewarding to work alongside with companies that are engaging their workforce to truly make a difference,” adds Trina Speiser, the company’s self-professed “bean counter.”

Gardiner insists Volinspire has only become what it is thanks to the team behind it. Their skills and insight have created a product for the community, made by the community.

Thanks to that team’s genius and hard work, Gardiner says, the company has a chance to make a real positive impact on the world.